Much of Bermuda’s historical heritage is illustrated by the island’s various landmarks, which makes Bermuda an ideal place for historical bus and walking tours. Some of these include Fort St. Catherine in St. George’s, built in 1614 and towering just above Gates Bay, the beach where Admiral Sir George Somers and the first settlers landed after the wreck of the Sea Venture; Cobbs Hill Methodist Church, built by enslaved black Bermudians by moonlight; the State House, which was an early archetype for Bermudian limestone architecture and still stands tall to this day; and Commissioner’s House, the world’s first cast-iron house built in the 1820s and now home to the National Museum of Bermuda as part of the Royal Naval Dockyard. Exhibitions featuring Bermuda’s historical heritage are on display at a number of museums including the National Museum of Bermuda, the Bermuda Historical Society, and Carter House.

Those wishing to dig deeper can explore the important books written by a number of Bermudian and overseas historians, including Chained on the Rock by Cyril Outerbridge Packwood; In the Eye of All Trade by Dr. Michael Jarvis; and Bermuda: Five Centuries by Rosemary Jones. 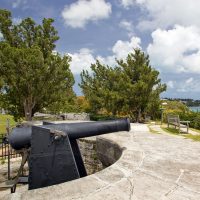 The Department of Culture is committed to uncovering previously unexplored, or in some cases under-explored, aspects of our history and culture. In keeping with this pledge, the Department regularly sponsors research projects intended to deepen our knowledge and appreciation of Bermuda and Bermudians. For more information, please contact the Director, Dr. Kim Dismont Robinson, on kdrobinson@gov.bm... Learn More
Upcoming events